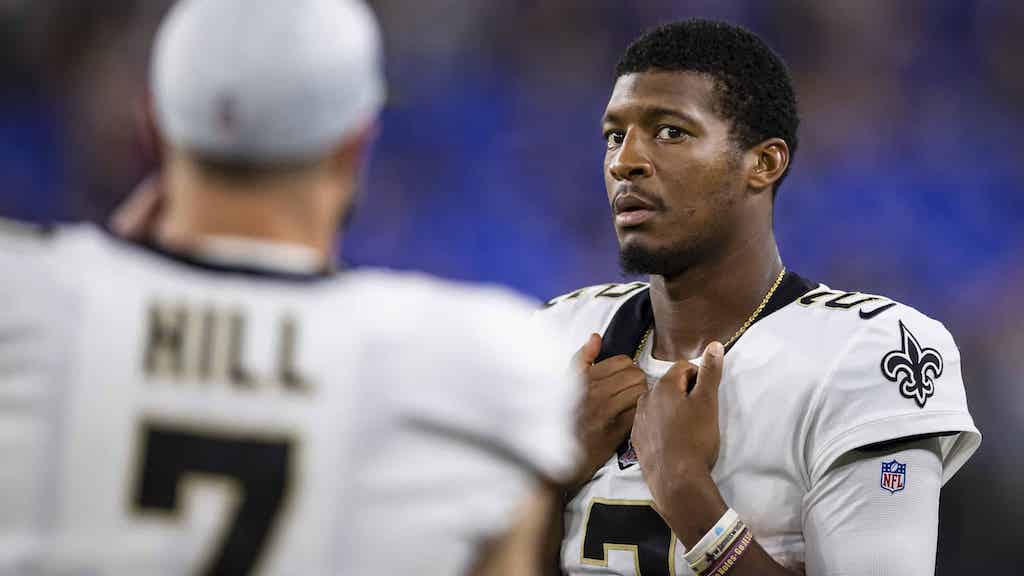 2nd half NFL totals give bettors the opportunity to turn losses into wins. Or maybe hedge their bets.

– Betting 2nd half NFL totals is not a popular betting market.

– Smart bettors should learn how to take advantage of the 2nd half NFL totals market.

With the rise in popularity of sports betting, sportsbooks have really hunkered down on establishing betting odds and lines. Football oddsmakers have become extremely efficient across the board in all sports particularly NFL football which routinely brings bookies a majority of their profits.

There is an area where sportsbooks are much less efficient – 2nd half odds. Sportsbooks are at a big disadvantage in this category and smarter bettors can use these inefficiencies to capitalize in this betting market.

Betting 2nd half totals, if done properly, can help the typical NFL bettor profit in a given season. With knowledge of how NFL 2nd half bets work, bettors can reap the benefits.

Why Bet 2nd Half NFL Totals

The NFL 2nd half betting market is one that is underutilized by NFL bettors. More should at least take a look at the prospects available. It is a much less efficient market than the full game market or even the first half market.

NFL rules limit the amount of time oddsmakers have to set lines for the second half of a game. By rule, NFL halftimes are 13 minutes in length. That’s it. Factor in a minute prior to the beginning of the official halftime clock and a minute after – maybe for TV purposes – and you get maybe 15 minutes total.

Sportsbooks have that time to set their second half lines. That includes moneyline, point spread, and totals bets as well as a number of others. Getting all of those lines right is a difficult task even with a week to get it right. Getting it right in 15 minutes? With that limited time, sportsbooks are more likely to make mistakes and this is where bettors can step in and find value.

The market for second half totals in the NFL is not a big one. Bettors are not flocking to their sportsbooks to bet in this market. That’s okay, because there is value to be found if you know where to look.

A not-so-surprising number related to NFL second half totals is this. Since the 2003 season, the second half Over has won 50.3 percent of the time. That’s about what you would expect from such a large sample size – roughly 50 percent Over and 50 percent Under.

The 50.3 number doesn’t turn many heads or garner much attention for anyone interested in betting 2nd half NFL totals. What does turn heads and open eyes is a second half total set by oddsmakers at 20 or less. In this case the Over win rate increases to 53.1 percent.

Even more interesting is this case. When there is a second half total set at 20 or less and the first half total went Under, the win rate goes even higher to 55.5 percent. It takes a smarter bettor to know these situations and quickly search through the NFL schedule for opportunities.

It is worth it though as these cases provide a strong enough winning percentage for NFL bettors to use to their advantage.

Are you from Canada and looking to place some wagers? We look at the best place to bet in Canada.

Only Bet What You Know – 2nd Half NFL Totals

There is power in betting what you know. If you are not typically an NFL totals bettor (or don’t bet totals at all), this is probably not the market for you. Know that 2nd half NFL totals betting isn’t for everyone.

If you watch enough football, you are likely to have a good background in how games play out. You can pick up on some of the nuances of the game which can help you to better predict the outcome of the second half.

As you continue to bet second half NFL betting markets, you will gain even more insight. You will know where to look for value. For example, you will be on the lookout for second half totals of 20 or less.

The other thing to keep in mind is that you will benefit from watching the first half of a game in which you plan to bet the second half. Again, stick with what you know. You’ve seen the first half play out and now have as much – if not more – information as sportsbooks do.

Stuck in the Middle

Don’t forget that you can use a second half total bet to either hedge a pregame bet or you can middle a bet too. Second half markets provide a nice complement to pregame and first half bets.

Let’s say you place a pregame bet on an NFL game. You wager on the Over at 48. The first half plays out and the score is 21-14 as the teams go to halftime. With 35 points scored, that’s well over half of the game total.

The second half line comes out and sets the total at 24. This is a great spot for the smarter bettor to middle this pregame bet. You take the Under 24 on the second half total knowing that the teams need only combine for 14 points to push the game total Over. That takes care of the original bet.

Any point total less than 24 points in the second half will cash that bet as well. There is a 12-point gap where both the original bet and the second half bet will pay out. This is the “middle” which bettors love because they win twice.

Check out our updated sportsbook info.

Second half bettors should be on the lookout for a few things. One is injury. Injuries happen in NFL games. When they happen to star players – namely quarterbacks – the effects can be devastating.

The effect of an injury can also be overstated or cause odds to be inflated in one direction or another. Often, NFL 2nd half totals odds will overreact to a first half injury to a key player. Again, if you are betting what you know, you may know that a certain team has a backup quarterback that has never lost a game. Or they have a backup pass rusher that has just as many sacks as the star.

Whatever the situation, look to see if there is the opportunity to take advantage of an overreaction in the second half lines and odds.

The same theory can be applied to point spread betting.